Just as California businesses begin to implement a law requiring equal pay for workers regardless of their gender, already the toughest of its kind in the nation, a state lawmaker is seeking to expand it to protect employees from racial discrimination.

The proposal by state Sen. Isadore Hall would build on California’s existing fair pay law by adding “race or ethnicity” to the requirement that employers justify any pay discrepancies between men and women who do “substantially similar” work.

The current law, passed last year, allows employees to openly discuss their compensation and challenge pay gaps between men and women. Hall’s proposal, scheduled to be heard in committee for the first time Wednesday, would permit workers to challenge racially disparate pay, too.

The latest proposal takes the Democratically dominated state into uncharted legal territory. No state or federal employment law has forced employers to prove they’re not underpaying workers based on any characteristic other than their sex.

“No one should be paid less than what they’re worth and no one should be discriminated against because of the hue of their skin or their gender,” said Hall, a Democrat. “This is the most robust racial equality bill in the nation.”

Still, some leading voices on pay inequality are hesitant to push too much too soon on businesses that embraced the 2015 update but fought to exclude race and ethnicity from it. Racial discrimination was strategically left out of that law to ensure its passage, leaving the fate of Hall’s proposal uncertain.

“The goal is to get to a place where we’re all paid fairly for our work,” said Sen. Hannah-Beth Jackson, author of last year’s fair pay legislation. “I don’t know if we can accomplish that all at once.” 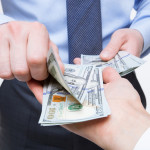 “There is plenty of evidence to show women of color are facing lower pay for many reasons and one of those reasons is the combination of race and gender,” said Jennifer Reisch, legal director at Equal Rights Advocates, a civil rights nonprofit that helped craft California’s 2015 law. “But a lot of it is explained by other factors as well.”

Women comprise about 60 percent of California workers earning minimum wage or less, according to a review of federal labor statistics by the National Women’s Law Center. The majority of those women are not white.

Compared to their non-Hispanic, white male counterparts in California, Latinas made 43 cents to every dollar, Native American women made 50 cents, black women made 63 cents and Asian American women made 72 cents in 2014, according to NWLC’s study of U.S. Census Bureau surveys. Across the country, white women make about 77 percent of what white men make.

Donna Rutter, a California employment attorney, said there’s no reason not to include race and ethnicity in the pay law, but warned it may lead to the addition of many other characteristics like disability, age and religion. That would make it increasingly difficult for employers to monitor workers’ traits.

“It’s caused employers who want to engage in best practices to do that analysis,” Rutter said.

Four weeks after the stricter California law took effect Jan. 1, consumer and employment attorney Lori Andrus included it in a major class-action lawsuit that could put the measure on trial for the first time in July 2017. Andrus represents more than 300 women nationwide who argue that they’ve been systematically underpaid by their employer, Farmers Insurance.

“We just rack our brains and say `Why is this gap still there? Why is it so stubborn?”‘ Andrus said. “In my view the answer is that companies, what they’ve been doing, is not enough.”