Most people aren’t prepared for the big one.

If there was one common theme at a three-day earthquake conference in downtown Long Beach, Calif., that was it.

The conference was sponsored by the California Earthquake Authority, and had speakers including Lucy Jones, with the United States Geological Survey and Caltech, and several high ranking members of departments of insurance from several states.

“We know that a minority of homes in earthquake countries, here in California and elsewhere, have financial protection,” said CEA CEO Glenn Pomeroy. 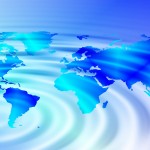 She noted that the 1994 magnitude 6.7 Northridge Earthquake would be categorized as a mid-frequency event.

“That’s pretty scary to think of that as a mid-frequency event,” Bolton said.

Johnson like Bolton talked about the impact of disaster from a numbers point of view, using as baseline comparisons disasters like Hurricane Katrina and Superstorm Sandy.

“When a disaster hits there’s a simultaneous depletion of capital,” Johnson said.

Until recently there would be little reason for a representative from Oklahoma to speak at an earthquake conference.

Combs said that when he began with the Oklahoma Insurance Department more than five years ago he thought he’d be dealing exclusively with perils that are typically associated with that region like Tornadoes and flooding.

“When I started with the insurance department I never expected to be talking to a group of people about earthquakes,” he said.

He said the insurance department has shifted a some of its efforts to educating the residents of the state about earthquakes and the need for earthquake insurance.

“What we found out really quickly is that there are a lot of people who don’t understand how earthquake insurance works,” he said.

The shaking has gotten people’s attention, he added.

“We’ve seen a large take up in earthquake insurance,” he said.

He attributed many of the quakes to increased fracking operations in the state, saying “induced seismicity has become a big deal in Oklahoma.”

Some policies do not cover man-made earthquakes, but there are many policies that do cover for earthquakes from fracking, he said.

To deal with this the insurance department began requiring carriers to tell customers about earthquake insurance and whether their policies cover quakes thought to be due to fracking.

Combs said of the 156 carriers who sell earthquake insurance in Oklahoma, 109 have policies that do protect people whose homes were damaged due to earthquakes believed to be generated by fracking activities.

However, the increased seismic activity has led to increased rates for earthquake insurance and fewer carriers interested in selling policies, he said.

“We’re starting to see some constriction in Oklahoma,” he said.

Oklahoma Insurance Commissioner John D. Doak in April ordered a public hearing to investigate rising rates over concerns about a competitiveness in the state’s earthquake insurance market. The May 24 hearing will include data gathered by the insurance department as well as comments from insurers and citizens.

Those include a premium calculator, more deductible options, a rate reduction and a television advertising blitz.

The efforts seem to be working, he said.

“We now have about 880,000 policyholders that we protect,” Pomeroy said.