The Reno, Nev. doctor at the center of a federal investigation into an illegal prescription drug ring is being accused by the parents of an overdose victim of ignoring their warnings and continuing to increase the strength of their son’s painkiller dosage right up until his death.

Rand was arrested 10 days ago along with eight other people accused of conspiring to operate a pill mill out of Rand’s family practice and a Reno car dealership.

The 53-year-old physician is expected to make his initial appearance in U.S. District Court in Reno later this week. He originally was arrested in San Francisco, but waived extradition at a hearing on Friday, and currently is being held without bail at an undisclosed location, according to the U.S. Attorney’s office.

Rand was indicted on charges accusing him of writing Oxycodone and other painkiller prescriptions for people who didn’t need them, including one who died. 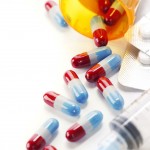 The indictment identifies the victim only by his initials. But Edward and Cyndi Yenick say he was their son, a former Nevada football player and prep star at Reno’s Bishop Manogue High School before he died in October at age 33.

As a direct result of Rand’s negligence, Yenick incurred “severe and irreparable pain, injury and prolonged suffering … loss of quality of life and subsequent death,” the suit said.

The court filing includes an affidavit from a California specialist who says Rand ignored repeated warnings from another doctor as well as his mother about Yenick’s past drug abuse.

Despite their concerns, Rand continued to increase the strength of Yenick’s Oxycodone prescription, the last time when he saw Yenick two days before he was found dead on Oct. 2, 2015, according to Dr. Stadiford Helm, medical director of The Helm Center for Pain Medicine in Laguna Woods, California.

John Arrascada, a Reno lawyer representing Rand in the criminal case, said Monday Rand was still in the process of being transported to Reno and didn’t know when he would arrive or when a bail hearing would be held.

“Dr. Rand is hopeful that the will be released from custody with appropriate conditions placed upon him by the court,” Arrascada said. He said he didn’t know who would represent Rand in the civil case and declined further comment.

Yenick’s history of back pain dated to 2010, Helm said. He said Dr. Aaron Bertalmio of Reno initially treated him for a bulging disc and tried to refer him to a neurosurgeon, but insurance problems kept that from happening. He was treated for substance abuse from 2012-14, completing treatment for Oxycodone addiction at a California rehab center in May 2014, Helm said.

Rand started treating him the following month, documenting his initial discussion with Yenick about the risk of opioids and, after a mental health screen showed normal levels, prescribing him Oxycodone in a dose of six 10 mg pills per day, a total of 30, Helm said.

Bertalmio first called Rand in September 2014 to tell him of Yenick’s “difficulty with opioids, alcohol and other substances,” and “the need for detoxification,” Helm said.

“While this call is well documented in Dr. Bertalmio’s records, there is no reference to it in Dr. Rand’s records,” he said.