California Gov. Jerry Brown will seek state funds to help establish a system that issues alerts that an earthquake is occurring – with an eye on rolling out a limited system by 2018, a newspaper reported this week.

The governor will ask the Legislature to allocate $10 million toward the system being developed by the U.S. Geological Survey and university researchers, according to the Los Angeles Times.

The decision to include the plan in his revised state budget is a reversal for Brown. He has supported creation of the system but previously argued that the money should come from private and federal sources.

Seismic early warning systems are designed to detect the first shock waves from a large jolt, calculate the strength and alert people before the slower but damaging waves spread.

Ultimately, scientists plan to develop apps for mobile phones and computers that would give the public the early alerts. 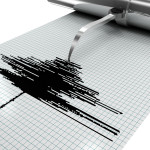 The systems can’t predict quakes and are most useful during big events where it would be meaningful to warn people far away to expect strong shaking, scientists have said.

The network for California and the rest of the West Coast has been repeatedly delayed because of a lack of funding.

“The infusion of state funding will allow us to surge forward,” said Doug Given, earthquake early warning coordinator for the USGS.

California trails Japan, Mexico and other earthquake-prone areas in developing a public alert system. A limited rollout in two years would mean that places such as classrooms, offices, shopping malls, amusement parks and police and fire stations could have ready access to alerts that would give quick notice that an earthquake is occurring before strong shaking begins in a major quake.

Rep. Adam Schiff, D-Burbank, who has championed federal funding of the warning system, praised Brown’s decision. He and others hoped it would encourage Oregon and Washington state to follow and also for private industry to contribute.

The Legislature is required to pass a budget by June 15.