A.M. Best has downgraded the financial strength rating to A (Excellent) from A+ (Superior) and the issuer credit ratings to “a+” from “aa-” of the members of Walnut Creek, Calif.-based CSAA Insurance Group.

The companies operate under an inter-company pooling arrangement. A.M. Best revised the outlook for each of these ratings to stable from negative. 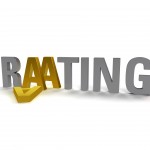 Additionally, results in 2015 were impacted by several severe California wildfires, and as a result, CSAA’s performance metrics lag the private passenger standard auto and homeowners’ composite, as evidenced by its five-year average total returns on revenue and equity measures, which are negative, according to A.M. Best.