The Oregon Shakespeare Festival can go to trial or pursue a settlement under a judge’s ruling that an insurer should have covered damage and cancellations related to wildfire smoke. 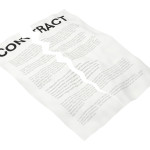 The insurance company argued that the case should be dismissed because cancellations were voluntary and the policy did not cover air quality inside buildings.

Smoke from five lightning-caused wildfires canceled events in southern Oregon in the summer of 2013.