The collapse of Utah’s nonprofit insurance cooperative is leaving Utah hospitals with millions in unpaid claims.

Officials who worked for Arches say the decision to close the co-op was hasty. They also say the liquidation process has been mismanaged.

“Unfortunately, Utah’s doctors and hospitals are going to be shorted a lot of money,” former Arches founder and CEO Shaun Greene said. “It didn’t have to be that way.”

A stabilization fund set up under the health law collected less money than expected, and in October it was announced that insurers would only receive about 13 percent of their requests. 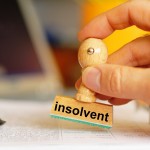 Greene said Arches could have continued serving its policyholders, including three school districts, until their contracts ended, but state insurance regulators scared them off. That money could have helped pay hospitals back, Greene said.

Kiser said the risk was too great.

The assets left at Arches are about $15.2 million short of the total owed in unpaid claims.

Utah’s HMOs may be tapped to help pay the difference, Kiser said.