The Idaho Supreme Court has affirmed a jury verdict for $3.8 million against a southwest Idaho doctor following the death of a woman who underwent a liposuction procedure.

The court ruled Thursday in the wrongful death and medical malpractice case against Silk Touch Laser and it owner, anesthesiologist Brian Kerr, the Idaho Statesman reported.

Krystal Ballard, 27, underwent the liposuction and fat-transfer procedure in 2010 and died less than a week later from septic shock caused by bacteria.

Kerr appealed with several challenges. But the court said there is substantial evidence supporting the verdict. 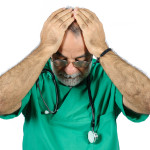 “We are pleased with today’s decision, which affirms the verdict reached by an Ada County jury in this lawsuit,” said Scott McKay, attorney for Ballard.

Kerr said he’s sad about the death, but he wishes Krystal Ballard had taken advised precautions to prevent infection.

“One of the things that kind of gets lost in this is the patient,” Kerr said. “And I certainly feel badly for Charles and his loss – and certainly the passing of Krystal. I don’t want to, as I make comments, I don’t want to be at all disparaging about her. … I think my sadness is I wish that she had done what we had asked her to do (for infection prevention), and the only thing we have changed about our practice is to put more of an emphasis on that.”

Kerr said patients have asked him about the case, but it hasn’t affected his business. He said the business had no previous incidences of infections like Ballard’s, and he believes the equipment used during the procedure had been properly disinfected and sterilized.