A former paralegal has filed a discrimination lawsuit against Crook County in central Oregon alleging that she was fired because of her age and disability.

According to the lawsuit, Foltz was fired in 2015 after she requested an extension for unpaid medical leave. County officials said at the time that Foltz’ request would have placed an undue hardship on the county. Foltz was replaced by a younger part-time assistant.

Foltz’s suit claims that a colleague told her that the part-time assistant had been hired to prepare for Foltz’s retirement. 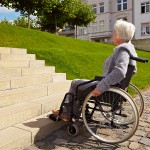 Foltz’s complaint was previously dismissed by the Oregon Bureau of Labor and Industries. State investigators in May said Foltz did not present substantial evidence of discrimination.