A Tacoma, Wash.-area man faces a felony theft charge after he was caught working while receiving more than $81,000 in workers’ compensation disability payments.

The Washington Attorney General’s Office filed the charge based on an investigation by the Washington State Department of Labor & Industries.

Johnson reportedly injured his lower back and chest when he fell on an icy parking lot at a recreational vehicle company in Poulsbo.

The investigation started when a routine cross-check of L&I and state employment security records showed Johnson was employed at the same time he was receiving wage-replacement payments from L&I. 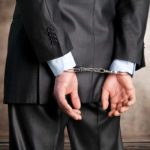 According to charging papers, Johnson received $81,453 in workers’ comp payments over a two-year period starting in March 2013. To receive the checks, Johnson signed official forms declaring he did not, and could not, work due to his on-the-job injury. Physicians also confirmed he was unable to work.

The L&I investigation, however, found that Johnson was working as a home caregiver throughout the two-year time span, and as a salesman for stints at two RV companies.

At an RV show in the spring of 2015, an L&I undercover investigator reportedly saw Johnson walking and moving freely as he showed trailers to customers, and overheard him say he worked long hours all weekend long, selling a “good amount” of trailers, charging papers said.