A U.S. court has the authority to hear a trademark lawsuit by grocery chain Trader Joe’s against a man who purchased the company’s products and resold them in Canada at “Pirate Joe’s,” a store designed to mimic a real Trader Joe’s, a federal appeals court ruled Friday.

The district court in Washington state said it lacked authority to hear those claims because the defendant’s alleged trademark violations occurred in Canada and Trader Joe’s had failed to clearly explain how they affected U.S. commerce. 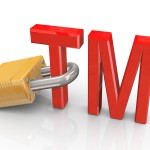 A call to Hallatt’s attorney, Nathan Alexander, was not immediately returned.

Trader Joe’s does not have stores in Canada. The company sued Hallatt in 2013, alleging he drove across the border to a Trader Joe’s store in Washington state, bought the company’s products and resold them at higher prices at his Vancouver store. A Trader Joe’s store refused to sell to Hallatt, but he put on disguises to avoid detection, shopped at other stores as far away as California and hired others to shop for him, the company said in its lawsuit. It estimated Hallatt had spent more than $350,000 on its products.

The 9th Circuit sent the case back to the district court for further proceedings.