A U.S. judge expressed skepticism toward a bid by Airbnb to halt a San Francisco law that imposes fines on home rental companies for processing bookings by hosts not registered with the city.

In its lawsuit against San Francisco, Airbnb said it was protected by the federal Communications Decency Act, and cannot be held responsible for ensuring hosts have complied with the city’s rules. Airbnb has asked for a court injunction prohibiting the ordinance from taking effect.

At a hearing in San Francisco federal court on Thursday, however, U.S. District Judge James Donato said he was “concerned” with Airbnb’s position because the statute only targets bookings, not what Airbnb publishes on its website.

“I’m just struggling with understanding how this ordinance inherently requires me as a district court to treat your client as a publisher,” Donato said. The case is a test of a federal law that protects website operators from liability for content posted by others, which tech companies argue has been crucial for the growth of the internet. 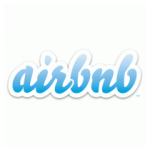 The Communications Decency Act, passed in 1996, was intended to protect free speech online by removing liability for a newspaper, say, for libelous comments posted on their websites by readers. The law has since shielded social media and e-commerce sites from liability for a variety of lawsuits.

The disputed San Francisco ordinance requires Airbnb and similar services to verify that people booking short-term rentals on their sites have registered with the city. The services would face fines of $1,000 each time they process a booking from an unregistered host.

Donato expressed some concern about how Airbnb could comply with the ordinance without disrupting its business, and asked an attorney for San Francisco if the city would be willing to delay the ordinance until it developed an automated system for Airbnb to verify host registrations quickly.

City attorney Sara Eisenberg said she was not authorized to agree to such a delay. She suggested that Airbnb could adopt a system similar to Uber, which requires its drivers to upload a copy of their drivers license before being allowed to operate on the ride hailing platform.