Survivors and family members of people killed in the nation’s deadliest landslide have reached $60 million in settlements with the state of Washington and a timber company that logged an area above the site of the collapse.

Just as opening statements were due to begin in a Seattle courtroom Monday, Grandy Lake Forest Associates agreed to settle liability claims for $10 million. The announcement came just after the state on Sunday reached a $50 million deal with the plaintiffs.

The slide on March 22, 2014, killed 43 people when it wiped out a rural neighborhood in Oso, northeast of Seattle. Survivors and relatives of the victims alleged that logging above the slide and construction of a retaining wall along a bank where the Stillaguamish River undercut the hill increased the danger, and residents were never warned about it.

Pam Sanford, whose brother was killed, called it a “huge relief” that she wouldn’t have to sit through the trial, which had been expected to last nearly four months.

“Reliving those details is something I am done doing,” she said. 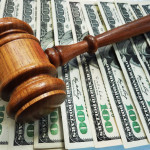 The plaintiffs filled several pews in a courtroom in King County Superior Court on Monday. Judge Roger Rogoff told them that while no legal proceedings could bring the victims back, “I hope the settlement you’ve reached in this case can bring you some measure of closure.”

Some of the plaintiffs dabbed tears from their eyes.

Dayn Brunner’s sister, Summer Raffo, was buried and killed as she was driving to work along State Route 530. When her body was found five days later, her hands were still gripping the wheel.

Some of the money from the settlement will go toward a permanent memorial at the site of the slide, he said.

“My No. 1 priority was to ensure my sister’s legacy lived on,” Brunner said. “Today was an affirmation of that.”

Corrie Yackulic, an attorney for some of the plaintiffs, said a “settlement master” will likely be appointed to oversee distribution of the settlement money.

While the settlements largely end the case as far as the state and timber company are concerned, some issues remain. The judge said he intended to issue monetary sanctions against the state after its expert witnesses, scientists hired to study the slide, deleted emails sent among themselves rather than preserve them so they could be turned over to the plaintiffs’ lawyers.

Had the case gone to trial, jurors would have been allowed to infer that the experts did it because preserving the emails would have hurt the state’s case.

Another issue concerns Snohomish County, which was a defendant before being dismissed by the judge. The plaintiffs are appealing that decision, arguing that the county was also liable.

Following the landslide, the state imposed new rules on logging in landslide-prone areas.

The slide struck after weeks of heavy rains. The neighborhood that was destroyed was a development of about 35 single-family homes, some dating to the 1960s, across the North Fork of the Stillaguamish River from a hillside in the Cascade Mountains.

The river eroded the base of the hill, as it had been doing for decades, causing numerous smaller slides. The massive slide produced enough sand and soil to cover 600 football fields, which rushed down and swept the river up with it. The highway was buried under as much as 20 feet of muck.