Alphabet Inc.’s Google unit and automakers objected on Wednesday to California proposals to set new, mandatory rules for testing self-driving cars in the state, which industry officials said could hobble their efforts in the home to much of self-driving vehicle testing and development.

Automakers and Google raised a litany of concerns about California’s proposal at a hearing in Sacramento on Wednesday. They expressed opposition to the state proposal to require compliance with guidelines that federal regulators issued last month, but made voluntary.

They questioned why California would require a new autonomous vehicle data recorder and what data they would be required to test, and they objected to a proposal they said would force a 12-month delay between testing a vehicle and deploying it on public roads.

Automakers also questioned whether police should be able to get any self-driving data within 24 hours without seeking a warrant or subpoena.

California regulatory policy is important to automakers and technology companies because of its impact on operations in the state, and because the policies enacted in the most populous U.S. state often influence what other states and other countries do. 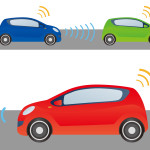 The state’s approach “could greatly delay the benefits that self-driving vehicles can bring to safety and mobility for individuals,” said David Strickland, who heads the Self-Driving Coalition for Safer Streets that includes Google, Ford, Lyft, Uber Technologies Inc. and Volvo Car Group.

Brian Soublet, deputy director of the California DMV, said Wednesday the department wants concrete suggestions to help improve its proposal. Soublet said the department will be considering potential changes over the next several months but he did not give a timetable for finalizing the rules.

“The goal is making sure that we can get this life-saving technology out on the streets,” Soublet said.

California’s proposal would allow for the absence of a human driver and a steering wheel in advanced self-driving cars. In December, California had proposed to require licensed drivers and controls in self-driving vehicles.

Ron Medford, director of safety for Google’s self-driving car project, said California’s proposal to require manufacturers to obtain local approval is “unworkable.” The rule could prevent manufacturers from testing a vehicle that can travel from one area to another.