More Utah teens have died in car crashes during the first nine months of this year than in all of 2015, according to new state data.

A total of 26 teenagers have died on Utah roads so far in 2016, The Salt Lake Tribune reported. That compares to 15 teen fatalities at the same point last year, and 25 for the 2015 total.

If this year’s trend continues, this will be the deadliest since 2009.

Teen road deaths had been declining until two years ago, when the death toll jumped to 29, according to the data from Zero Fatalities. 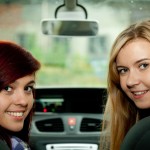 David Connor said his 16-year-old sister Cadee was his best friend, and his life changed forever when she died in a wreck.

“We’re speaking out to help other families get the chance to fathom how unacceptable roadway fatalities are,” Conner said in a statement. “No one has to die on our roads.”

Teens in the state are more likely to die in a car crash than any other means, according to the Utah Department of Health. Most of those killed last year were not wearing a seatbelt properly, and teenagers have the lowest rate of seatbelt use of any age group, the agency said.

“The simple decision to choose to wear your seat belt every time you are in a vehicle can and does save lives,” said Utah Department of Transportation executive director Carlos Braceras in a statement. “If I could change a single behavior of every Utahn, it would be to make sure they are always buckled up, no matter what.”

In addition to seatbelt use, crashes involving teens are also twice as likely to have contributing factors like failing to yield the right of way or speeding.

Lack of experience behind the wheel puts them at higher risk than older people, said Joseph Miner, the health department’s executive director.

Families of teens killed last year said drowsy driving and lack of attention to other traffic were also among the factors that led to the fatal crashes.