The proposition, called Amendment 69, would have created one of the most dramatic overhauls to a public healthcare system in U.S. history.

Colorado’s 9News reported that the amendment was defeated on Tuesday night, after early results showed an overwhelming defeat.

Dubbed ColoradoCare, the program would have been funded largely through a new 10 percent payroll tax increase intended to raise $25 billion in 2019, the first year the program could launch, according to the Colorado Health Institute. 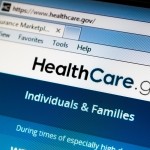 ColoradoCare was intended to greatly reduce the number of uninsured residents in the state, but opponents feared the tax hike and sweeping changes to public policy would ripple through the state’s economy.

“It’s way too complicated and would have opened up a Pandora’s Box,” said Merilatt, who works in the publishing industry.