Former operators of a Southern California sober-living operation have been charged with fraud for allegedly keeping hundreds of people in what the state insurance commissioner calls a “never-ending cycle of treatment, addiction and fraud.” 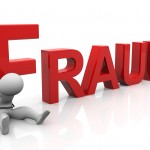 It wasn’t immediately known if they have attorneys.

Hurricane Ian Drives Global Insured Losses of $115B From Natural Disasters: Swiss Re