A team of University of Hawaii scientists has completed a study of nearshore ecosystems across Maui that shows the impact of discharged treated wastewater.

The findings were published in the scientific journal PLOS ONE earlier this month.

The scientists analyzed water and algae at six locations around Maui, including Kahului Bay, which is adjacent to Maui’s highest-volume sewage treatment plant. A study of the bay found high nutrient levels in marine surface waters near the Kahului Wastewater Reclamation Facility and a `”thick, fleshy mat” of colonial zoanthids, a coral-like organism.

“I’ve never seen them dominate an ecosystem like that,” said Daniel Amato, lead author of the study.

The authors noted in the report that the presence of such concentrations of zoanthids is associated with areas close to wastewater injection wells. 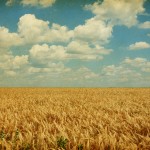 Kuau and Maalaea waters were also found to have nearly 100 times more nitrogen than other locations due to fertilizer-enriched groundwater discharge.

“I have never seen a paper or sound results as high as what we found in Kuau Bay in terms of nitrate levels,” Amato said. “It’s approaching enforceable contaminant (Environmental Protection Agency) levels.”

“By comparing the spatial distribution of (nitrogen) in both water and algal samples among locations with various potential nitrogen sources, the role agriculture and wastewater have in coastal regions has become more clear,” according to the study.

Scientists are interested in finding out what will happen to reefs near Hawaiian Commercial & Sugar Co. when the state’s last sugar plantation closes down at the end of the year. Amato is looking to secure funding in order to monitor waters where much of the sugar cane production takes place off Kuau and Paia.