California Insurance Commissioner Dave Jones hailed the results from the first national survey of the insurance industry around supplier and governing board diversity issued today.

Insurance commissioners from six states – California, District of Columbia, Minnesota, New York, Oregon, and Washington – joined in a multistate effort to collect information from more than 600 of the nation’s top insurance companies.

The 2016 Multistate Insurance Diversity Survey showed that insurance companies spent more than $7.7 billion with diverse suppliers across the nation in 2015.

The survey also showed that more than $1.7 billion is spent with diverse suppliers in California, which is more than in any other state in the survey.

Jones credited the results in part to a diversity initiative launched in California more than four years ago. 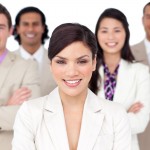 Since the initiative was launched, California has seen a steady increase in the insurance industry in their procurement spend with diverse businesses, according to Jones.

California’s top insurers this year reported a diverse spend of 8.6 percent, an increase from last year’s 6.4 percent in spend with the state’s diverse businesses.

“California’s Insurance Diversity Initiative was established in 2012 to open more procurement doors to our state’s diverse businesses and to give insurers the chance to see better prices and more innovative products from potential suppliers, as a larger supplier pool means increased competition for contracts,” Jones said in a statement.

Jones said he encourages more insurers to increase their efforts in doing business with diverse suppliers.