The company that manufactured a duck boat involved in a deadly crash in Seattle last year has agreed to pay up to $1 million in civil penalties under a consent order, the National Highway Traffic Safety Administration announced.

Ride the Ducks International violated federal motor vehicle safety laws when it failed to notify regulators of a safety defect in the front axle of amphibious tour vehicles and did not issue a full recall as required by law, the agency said.

The company, based in Branson, Missouri, manufactured and sold the stretch amphibious vehicle, which run on land and in wate, that was involved in the Sept. 24, 2015, crash that killed five college students and injured dozens more.

The vehicle, operated by an independent tour company Ride the Ducks Seattle, was traveling on Seattle’s Aurora Bridge when the axle broke and the driver lost control. The vehicle swerved into a bus carrying North Seattle College international students.

The NHTSA said that Seattle vehicle had a front axle with the defect noted in a service bulletin Ride the Ducks International issued in 2013, but that it had not been repaired. 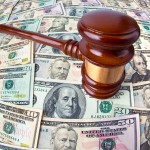 Ride the Ducks International didn’t submit those service bulletins to the NHTSA, didn’t report claims that a defect in its products caused a death, or notify the federal agency of the safety defect and didn’t issue a full recall as required, according to the consent order.

The company will pay $480,000 in penalties and another $20,000 to ensure compliance. It would also have to pay increasing additional penalties up $500,000 if it continues to violate federal motor vehicle safety laws or the consent order.

It agreed to hire an outside consultant to advise the company on their legal responsibilities under federal law and to bring the company into compliance.

“Companies have an obligation to understand their responsibilities under the law, especially when those laws are in place to protect the public’s safety,” Transportation Secretary Anthony Foxx said in a statement. The consent order was signed last month but was announced Tuesday.

A spokesman for the company on Tuesday referred questions to a statement the company released last month.

Ride the Ducks International said in that statement that safety is a top priority and that it’s working to prevent another tragedy.

The company said it carefully reviewed vehicle design and components and coordinated with four stretch duck operators to have every axle inspected. Those third-party inspections found there were no systemic issues, it noted.

“This was an unprecedented failure,” the company said.

It also said it notified its customers about the potential axle failure in 2013 and followed up but it later learned that those efforts “fell short of some federal standards required by NHTSA which were unknown to us at the time.”

The NTSB ruled last month that mechanical failure and improper maintenance, as well as loopholes in federal oversight, were the probable cause for the Seattle crash.

The board issued 10 new safety recommendations that include requiring the use of seatbelts when the vehicles are on the road.