Attorney General Kamala Harris and the California Coastal Commission has filed a lawsuit challenging the federal government’s recent finding that fracking off the state’s coast has no significant environmental impact.

The lawsuit filed in federal court in Los Angeles says the Department of Interior failed to take a hard look at the potential environmental effects of the 22 offshore oil platforms that have used techniques including acid and hydraulic fracturing, better known as fracking, to stimulate production. The lawsuit says that failure is a violation of the National Environmental Policy Act.

“We must take every possible step to protect our precious coastline and ocean,” said Harris, who is in her last weeks as attorney general before heading to the U.S. Senate.

Department of Interior spokeswoman Leah Duran said in an email that the agency cannot comment on pending litigation.

Oil drillers have used the methods for years in federal waters on the Pacific Outer Continental Shelf, which begins about three miles off the coast of California. 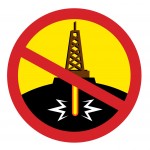 But last year a pair of environmental groups learned about them through a federal records request and sued, reaching a settlement in January with the federal government, which agreed to suspend fracking and do a new environmental assessment.

The government returned in late May with a report that found “no significant impact” to the safety of water or marine life from the drilling methods. Monday’s lawsuit challenges that assessment, and it demands a more extensive evaluation.

Coastal Commission Acting Executive Director Jack Ainsworth said that ecological damage to the coast poses economic risks that could be worse than bringing an end to fracking.

“Our coastal economies contribute $40 billion annually to the state’s economy,” Ainsworth said. “We can’t afford to risk that for short-term profits.”