Labor secretary nominee Andrew Puzder, the controversial business leader expected to undergo a U.S. Senate confirmation hearing next week, will be spared an emotionally weighted and concurrent discrimination trial against the restaurant group he heads.

A state court in Orange County, Calif., has granted CKE Restaurants Inc. a delay from Feb. 27 – when the full Senate might still be considering Puzder’s nomination – to early June for an age and disability discrimination lawsuit after the company cited “negative publicity” generated by his nomination.

Puzder, CKE Restaurants’ chief executive, has been under fire by Democrats and labor groups for opposing increases in the minimum wage and aiming to curb worker protections. But his expected confirmation by a Republican majority in the Senate has not been knocked off track.

By the June 5 trial, he may be labor secretary and well along the way to divesting himself from the company. Puzder agreed to divest his stakes in CKE, worth anywhere between $11 million and $55 million, if confirmed, according to an ethics submission reviewed by Reuters.

Puzder’s confirmation hearing has been repeatedly delayed as a government ethics office reviewed his plan to divest from CKE, which owns franchised restaurants, including Carl’s Jr. and Hardee’s. 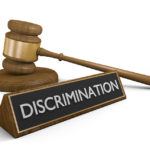 Puzder also promised to divest his holdings in more than 200 assets, including Berkshire Hathaway Inc., Altria Group Inc., Bank of America Corp. and Cisco Systems Inc., within 90 days of his confirmation. He will divest from more illiquid funds within 180 days, but he declined to provide details for some of the funds’ underlying assets, citing a confidentiality agreement.

The California case was brought by James Dombrowski, whose employment was terminated as he recovered from a brain biopsy, according to court filings.

CKE’s franchised restaurants have faced wage-and-hour and labor condition complaints from workers, but the Dombrowski case is against the holding company largely controlled by Puzder.

CKE was also named in an antitrust lawsuit filed by current and former Carl’s Jr. workers in a California court on Wednesday that alleges a scheme to suppress wages across its franchises by using “no hire” agreements.

Dombrowski claims that he was fired by CKE when he tried to return to work in 2015, at the age of 68, after taking a disability leave following a brain biopsy which temporarily paralyzed him.

CKE’s attorney in the Dombrowski case, Scott Ferrell, argued that the negative publicity surrounding CKE’s business practices due to Puzder’s fame as a Cabinet nominee would hurt the company’s ability to have a fair jury trial, not that the case would in any way hurt Puzder’s ability to be confirmed.

CKE Restaurants has said it is up to its franchises to set wages and working conditions and they are protected from liability as a franchisor.

Senator Susan Collins, who is on the panel that will hold Puzder’s initial confirmation hearing next week, said she has not made a decision regarding Puzder. Collins was one of two Republicans to vote against Betsy DeVos, who was confirmed on Tuesday to head President Donald Trump’s Department of Education.

“I have not reached a decision. I almost always wait until there’s a hearing, unless I know the individual well,” Collins said on Thursday.

“I’ve had two conversations with Mr. Puzder and I think there are questions outstanding that will be, I’m sure, delved into at his hearing,” she added.

Puzder, an enthusiastic early supporter of Trump, has lobbied against efforts to raise the minimum wage and is expected to roll back rules aimed at curbing unpaid overtime and improving worker safety if confirmed to head the Labor Department. (Reporting By Amanda Becker, with additional reporting by Sarah Lynch, Susan Cornwell and Robert Iafolla; editing by Linda Stern and Jonathan Oatis)