A self-driving car company founded by Google is presenting new evidence to support allegations that a former manager stole technology sold to Uber to help the ridesharing service build its own robot-powered vehicles.

Waymo, a project hatched by Google eight years ago, wove its tale of deceit in sworn statements filed Friday in a San Francisco federal court.

The documents try to make a case that former Waymo manager Anthony Levandowski conceived a scheme to heist key trade secrets before leaving the company early last year to launch an autonomous vehicle startup that he had been discussing with Uber.

It’s the latest salvo in a battle that started last month when Waymo sued Levandowski and Uber for alleged theft of the technology for “LiDAR,” an array of sensors that enable self-driving cars to see what’s around them so they can safely navigate roads. Experts say an effective LiDAR system typically takes years to develop.

After leaving Waymo, Levandowski started a self-driving truck company called Otto that Uber bought for $680 million to accelerate an expansion into autonomous vehicles. 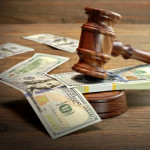 Uber brushed off Waymo’s claims as “a baseless attempt to slow down a competitor.”

Waymo is mounting its attack with the help of one of Levandowski’s former colleagues, Pierre-Yves Droz, the leader of Waymo’s LiDAR project.

In a sworn statement, Droz said Levandowski confided in January 2016 that he planned to “replicate” Waymo’s technology at Otto. A Google forensics expert said he determined that Levandowski began downloading thousands of files containing Waymo’s trade secrets in December 2015, according to another sworn statement.

Levandowski had previously acknowledged to Droz that he began discussing self-driving cars with Uber in 2015, according to the documents. Levandowski, “told me that it would be nice to create a new self-driving car startup and that Uber would be interested in buying the team responsible for the LiDAR we were developing at Google,” Droz said in his declaration.

Then, again in January 2016, Levandowski said that he had been at Uber’s San Francisco headquarters seeking an investment in his startup, Droz said.

Waymo also filed papers seeking a court order to block Uber from using any of the technology that it believes Levandowski stole.

If a judge grants that request, it could force Uber to halt its current tests of self-driving cars in Pittsburgh and Phoenix. It’s unclear how much of the technology targeted in Waymo’s lawsuit is being used in the Uber self-driving cars that are currently picking up passengers in those cities.

Levandowski wasn’t alone in his alleged betrayal, according to Waymo.

The dispute between Waymo and Uber highlights the high stakes in the race to build self-driving cars that promise not only to revolutionize the way people get around but also the automobile industry. Waymo and Uber are two of the early leaders, while long-established car companies such as Ford, Toyota and General Motors are scrambling to catch up.