The nation’s most generous grow-your-own marijuana laws came closer this week to being curbed in Colorado, where the state House advanced a pair of bills aimed at cracking down on people who grow weed outside the commercial, taxed system.

One bill would set a statewide limit of 16 marijuana plants per house, down from a current limit of 99 plants before registering with state health authorities.

The bill passed 65-10 after sponsors argued that Colorado’s generous home-grown weed laws make it impossible to tell whether someone is growing plants legally, or whether the plants are destined for the black market.

Of the 28 states with legal medical marijuana, only Colorado currently allows more than 16 pot plants per home.

Many Colorado jurisdictions including Denver already have per-home plant limits, usually set at 12. But the lack of a statewide limit makes it difficult for police to distinguish between legitimate patients and fronts for black-market weed, bill supporters argued Friday.

“The time has come for us … to give law enforcement the guidance they need,” said Rep. Cole Wist, R-Centennial.

The other bill makes is a crime to grow recreational pot for someone else, effectively ending Colorado’s marijuana co-ops. 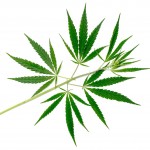 Legislative analysts have no estimate how many collective marijuana grows exist in Colorado, though they’re anecdotally popular with pot users who pool their economic resources to share the cost of electricity, water and fertilizer.

That bill cleared the House on an unrecorded voice vote, with one more vote required. It also sets aside some $6 million a year in marijuana tax money to give law enforcement more money to investigate illegal pot growing operations.

Colorado legalized recreational marijuana in 2012, but it has a nagging black-market problem.

Colorado’s marijuana amendment legalizing recreational use included language making it legal to “assist” anyone over 21 to grow their pot, making it difficult to stamp out large-scale marijuana growing operations in residential areas.

The bills advanced by the Colorado House this week would force those large-scale operations to move to areas that are not zoned residential.

The bills passed over the strenuous objections of some medical marijuana users, who argued that homegrown pot is a key component of Colorado’s pot system.

“They’re hurting the patients, is what they’re doing,” said Jennie Stormes, a Colorado Springs mother whose 17-year-old son has a type of Parkinson’s disease and has a caregiver grow the 48 plants recommended by her son’s doctor.

“It’s games they’re playing,” Stormes said after the vote. “I can treat my son with what he needs when he needs it when I’m doing the growing.”

But lawmakers sided with law enforcement complaints that the limits they called generous are impossible to enforce. The grants to give marijuana revenue to authorities under the bill would give priority funding to rural law enforcement agencies.

“This is a good start to begin to help our local jurisdictions,” said Rep. Terri Carver, R-Colorado Springs.

Gov. John Hickenlooper backs the reduction in how many plants can be grown in residential areas and has called on lawmakers to send him a statewide limit.