Hawaii officials are looking over two bills that would either keep or end liability protection for cities and counties during drowning incidents.

Kauai, Maui and Honolulu officials held a news conference this week to urge lawmakers to extend liability protections for lifeguards working at public beaches, the Honolulu Star-Advertiser reported. Under Hawaii law, the county, state and lifeguards have limited protection from lawsuits stemming from lifeguard rescues.

Last week, House Judiciary Committee Chairman Scott Nishimoto moved a draft of a bill that would end that protection June 30. At the same time, another draft is moving in the Senate that would extend the protection until June 30, 2021.

Nishimoto argues that under current law, lifeguards have additional protections that other first responders such as police, firefighters and emergency medical technicians do not have. His bill would treat all first responders equally, he said. 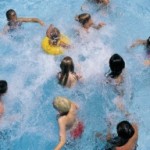 “The current law leaves members of the public, who are injured or die because a lifeguard may have performed his or her job in an unreasonable manner, without any way to seek justice. If your loved one is hurt or dies due to negligence, would you not want the right to seek resolution?” Nishimoto wrote in a statement. “Under the current law, you have no recourse.”

Kauai County Council Chairman Mel Rapozo said without that protection, counties would be vulnerable to trial and personal injury attorneys who could gain significant revenue.

If lawmakers do not work out the differences between the bills or do nothing, the protection will end this year.

Honolulu Mayor Kirk Caldwell has said that he will not remove any of Honolulu’s 236 lifeguards from county beaches, even if current protections end.