Authorities say work has halted at a Facebook building under construction after an equipment failure caused part of the structure to collapse, injuring two workers.

KNTV reported two construction workers were injured after they fell about 40 feet while assembling the structure’s steel framing. Fire officials say a steel beam they were standing on dropped nearly 20 feet, catching on a lower floor assembly and catapulting them toward the ground.

Both men were transported to a hospital.

Chief Harold Schapelhouman says that it’s a miracle the workers survived. He says their safety harnesses likely saved their lives. 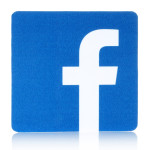 The accident is under investigation by state safety inspectors.

The workers are employed by the same company that built another Facebook building, which was praised by company CEO Mark Zuckerberg for being completed ahead of schedule and under budget.