With a California Legislative deadline looming, a business advocate is calling attention to bills that he believes owners and managers of small businesses should take note of in his second annual list of “Good, Bad & Ugly Bills.”

Any bill that doesn’t make it to the other side of the Legislature by June 2 is dead for the remainder of the calendar year, although it can be revived in 2018 during the second year of the two-year session, noted Tom Scott, California executive director of the advocacy group the National Federation of Independent Business.

The goal of the list is to inform the business community about legislation that could affect them before the bills become law and to encourage businesses to engage in the process.
There are 24 “good bills” on the list, 11 “bad bills” and 18 “ugly bills. The full list is of bills available at the NFIB website.

“There are some really good bipartisan bills that have good steps in the right direction for the small business economy,” Scott said. “But the ‘ugly’ is ugly.”

The bills on his ugly list promise to create restrictive mandates or bring major tax increases, he said.

“If you look at all the proposals that are on the board that are out there, you’re looking at $155 billion to $160 billion (in increased costs of doing business and taxes) annually,” he said.
Among Scott’s “ugly bills” are Assembly Bill 5, and Assembly Bill 562. 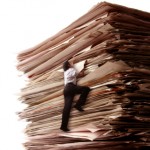 The bill would create the Opportunity to Work Act, and would require an employer with 10 or more employees to offer additional hours of work to an existing nonexempt employee before hiring an additional employee or subcontractor.

“Quite frankly, this state has a love affair with mandates on small businesses,” Scott said. “This is just one more mandate that a small business does not need. And it does not need government telling it how best it can operate.”

He said businesses are already dealing with a rise in the costs of healthcare, workers’ compensation, the minimum wage and unemployment insurance, as well as rising energy costs and a new transportation tax.

The bill was authored by Ricardo Lara, D-Bell Gardens, during President Trump’s initial efforts to repeal and replace Obamacare.

According to Scott the act would cost $250 billion annually. He got those numbers from a study by the Legislative Analyst’s Office conducted on a similar bill introduced in 2008.
“This legislation is a very reactionary mode,” Scott said. “If Donald Trump hiccups, they will introduce a bill.”

Among Scott’s “good bills” is Assembly Bill 1005, which would allow business owners 30 days to correct “non-serious violations” before they are fined excessive amounts.

AB 1005, authored by Assembly Majority Leader Ian Calderon, D-Whittier, creates a correctable citation, similar to a fix-it ticket, if a business is found to be found in violation of minor infractions and if the business takes appropriate corrective action and the violation in question is not deemed willful, criminal, or poses an imminent health, safety, or environmental threat.

A full analysis of the bill is available for download on the state’s legislative information site.

According to the NFIB, there are more than 3.5 million small businesses in California.

“They are the job creators – that’s where jobs are being created,” he said. “These people don’t have an HR director, lawyers, or lobbyists, or people to negotiate or compromise on bills.”