California lawmakers are making headway on legislation to allow state residents to sue financial institutions for fraud, rather than letting banks force customers to settle disputes in arbitration.

The state Senate passed the bill, spurred by last year’s Wells Fargo phantom accounts scandal, on Tuesday. It now goes to the legislature’s Assembly, where it is also expected to win approval.

Under the bill, judges could override contract clauses that require customers to settle disputes through arbitration in cases where a bank commits fraud using customers’ personal information.

“Instead of allowing victims to have their day in court and permit an independent judge or jury to arrive at a verdict following an open and fair trial, Wells Fargo wrongly pushed customers seeking justice into forced arbitration,” California Treasurer John Chiang said in a statement.

Mandatory arbitration clauses inserted into Wells Fargo account-opening agreements have blocked its customers from suing Wells, the third-largest U.S. bank, in court over revelations that the bank opened millions of accounts without customers’ knowledge. 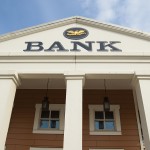 Arbitration clauses, which have become standard practice since a 2011 U.S. Supreme Court decision, require consumers to agree not to sue in the future as a condition of purchasing products or services. Republicans and others say that class actions, where people band together to share resources in a single lawsuit, only benefit lawyers who reap high fees and does not right substantial wrongs. Companies also say the lawsuits suck up time and money, compared to arbitrations that speed smoothly toward resolution.

Consumer-rights advocates, meanwhile, portray arbitration as a fixed game. Because companies largely control the proceedings – most hire and pay the arbitrators – they can ensure disputes are settled in their favor, advocates say.

In addition, arbitration rulings are made by just one person and are not subject to any kind of appeal.

In the Wells Fargo account scandal, regulators, including the CFPB, fined the bank $190 million for the alleged deceit, of which $5 million was to be paid to customers.

The legislation in California, which as the country’s most populous state makes it particularly influential, could open the door for other states to step in where the federal government has recently faltered.

Momentum to do away with mandatory arbitration clauses led the U.S. Consumer Financial Protection Bureau to propose a rule last year requiring companies to let customers join class actionlawsuits. But that proposal has stalled in the face of opposition from Republicans, who control both Congress and the White House.

In March, Representative Brad Sherman of California and Senator Sherrod Brown of Ohio, both Democrats, introduced bills to prohibit mandatory arbitration clauses for credit card and personal bank accounts. But the bills are expected to go nowhere.