Fire investigators said the apartment where a deadly fire began in a Honolulu high-rise was near the two units on the 26th floor where the bodies of three victims were found, but they’re still working to determine the cause.

The origin of the fire is unit 2602, Honolulu Fire Department Capt. David Jenkins said. Two women and a man died in two different apartments on the same floor of the 36-story high-rise.

Investigators will determine exactly where in the unit Friday’s fire started and what caused it, Jenkins said.

The Marco Polo building was constructed in 1971, before fire sprinklers were required in high-rises. Fire officials say sprinklers would have prevented flames from spreading.

It’s one of the worst fires in modern Honolulu history, Jenkins said.

Some residents told The Associated Press they had trouble hearing sirens and didn’t realize there was fire raging until opening their doors. 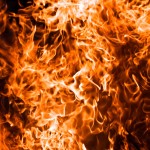 They also said there was no public announcement or flashing alarm lights in the building when the fire began.

“It didn’t sound quite like a normal traditional fire alarm,” said Air Force cyber technician Cory La Roe, who didn’t know the building had no sprinklers when he moved in in May. LaRoe said there were no announcements or flashing lights when the fire broke out.

Gordon Kihune, who has lived in the building for about 12 years, said he didn’t hear the alarms going off until he opened his apartment door. Angela Kim, a 30th-floor resident, said she can only hear the sirens if her apartment door is open.

A sprinkler system would have confined the blaze to the unit where it started, Honolulu Fire Chief Manuel Neves said.

Douglas Hesley, branch president of Associa Hawaii, the management group that runs the Marco Polo building, declined to comment on past fire drills or safety plans that were in place at the time of the fire.

The Honolulu Fire Department said fire inspection reports are part of their investigation and cannot be immediately released.

Honolulu Mayor Kirk Caldwell said the city needs to look at passing a law requiring that older buildings be retrofitted with sprinklers.

“I think we need to put this conversation up on the radar and up for legislative discussion,” said state Sen. Les Ihara, a Democrat. “I support the idea of a tax credit. It would need to be at a point that it would make some difference.”

In the U.S., between the 1970s and mid-1980s, there were mandates for sprinklers in new construction. But getting sprinklers retrofitted in existing buildings was a taller hurdle, said Robert Solomon, a fire protection engineer with the National Fire Protection Association.

“This fire will bring a window of opportunity for everybody to come together on that,” Solomon said.

“Any high-rise building that was built prior to that addition of the code, as long as it stayed in that use category, the building code would allow it to stay un-sprinklered,” Neale said. A number of communities adopted retroactive sprinkler requirements and developed timelines, typically allowing six to eight years for buildings to be retrofitted, he said.

Associated Press writers Marco Garci and Cathy Bussewitz in Honolulu and Michael Balsamo in Los Angeles contributed to this report.