If you happen to buy a cup of coffee in California and it comes with a cancer warning, don’t panic – it’s just the law.

No scientific study says consuming java in moderation is bad for your health – and some even show it’s good for you. But winning a reprieve from the state’s toxics disclosure requirement isn’t easy. Coffee merchants have been fighting in a Los Angeles court for six years, so far without success, to prove beyond the shadow of a doubt that the 600-year-old beverage isn’t harmful.

And failing to comply with California’s Proposition 65, the 1986 voter-approved initiative, may be costly: Fines can run up to $2,500 for each cup sold without a proper warning. That could easily add up to billions of dollars.

Under the law, the Council for Education and Research on Toxics needed only to allege that coffee contains trace amounts of one of almost 1,000 Proposition 65 chemicals to pursue its lawsuit against the biggest U.S. coffee brewers and retailers including Starbucks Corp., Target Corp., 7-Eleven Inc. and Whole Foods Market. The burden of showing there’s no significant risk falls to the companies. 7-Eleven agreed this month to a settlement in which it will pay $900,000 and post warnings.

The chemical in question is acrylamide, which forms when certain plant-based foods are baked, fried or roasted. It’s probably best known as a hazard of eating potato chips and French fries — which is how companies including PepsiCo’s Frito-Lay and McDonald’s were drawn into Proposition 65 settlements almost a decade ago.

Lauren Willis, a consumer law professor at Loyola Law School in Los Angeles, gives the law credit for prodding manufacturers to cut back on harmful substances in many products, including chips, cookies and candy. 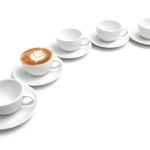 “These disclosures at the point of sale have created an incentive in the market place to figure out ways to get rid of things like lead in candy,” says Willis. “When shoppers are informed and can make better choices, it will get producers to make safer products.”

But among critics, the state’s uniquely stringent right-to-know law is ridiculed for the proliferation of warnings everywhere from gas stations to grocery stores — and for lining the pockets of attorneys who sue and settle.

“Unfortunately, it is very easy for ‘bounty hunters’ to file Prop. 65 lawsuits against even small businesses and the cost of settlement and defense often exceeds other types of abusive litigation,” says Greg Sperla, a lawyer at Greenberg Traurig’s Sacramento office.

Last year, 760 Proposition 65 suits settled for a total of $30.2 million, according to data from the California attorney general. Of that total, $21.6 million, or 72 percent, went to lawyer’s fees and costs.

While state prosecutors have been involved in some Proposition 65 enforcement, including in the case against McDonald’s, the vast majority of the lawsuits are brought by private attorneys “acting in the public interest.” The state attorney general hasn’t intervened in the lawsuit against the coffee industry.

The Council for Education and Research on Toxics doesn’t have its own website, but it shares the same phone number (1-877-TOX-TORT) as Raphael Metzger, the attorney spearheading the coffee litigation.

If he prevails in the case, Metzger doesn’t expect the judge to award maximum damages against the coffee sellers. But even if it’s a penny per cup, the penalties could still add up to millions of dollars, Metzger says.

In his initial complaint in 2010, Metzger alleged that a 12-ounce cup of coffee contains about 10 times more acrylamide than the state’s “no significant risk level.” The case grew to include about 90 coffee producers, distributors and retailers, from mom-and-pop roasters to multinationals such as Nestle. Most of the companies are working together in their defense.

The retailers that have refused to settle because they firmly believe there’s no cancer risk from the acrylamide in coffee, said Joe DeRupo, a spokesman for the National Coffee Association. A representative of Starbucks referred to the association for comment on the case.

“We don’t want to have to put a label that would be false speech and that isn’t scientifically accurate,” DeRupo says.

The few coffee sellers that have settled rather than keep fighting, including BP Plc, the franchisor of “ampm” convenience stores in the state, were weary of the case and figured that people in California are so accustomed to seeing the signage that they will tune it out, according to DeRupo.

Two years ago, when the case went to a non-jury trial, California Superior Court Judge Elihu Berle rejected the coffee companies’ argument that the drink’s health benefits aren’t undermined by the presence of acrylamide. The judge ruled that the very presence of the chemical triggers the requirement to warn consumers.

In the second phase of trial now under way, lawyers for the companies contend that Proposition 65 created an exemption for chemicals produced in the process of cooking foods to make them palatable or safe. The judge is expected to rule on the coffee makers’ defense in the coming months, and if he rejects them, the next phase of the trial will focus on remedies.

Experts are hesitant about linking coffee to cancer.

Peter Infante, an epidemiologist who testified for Metzger, said there were studies that showed a statistically significant correlation between coffee consumption and certain types of cancer. But he declined to assert there was a causal connection in the absence of further research.

“You would need a clinical trial to resolve the issue,” he said.

The judge is expected to issue a decision on the coffee sellers’ defense in coming months. If they lose, there will be more sparring over what warnings they have to put up and how much in penalties they’ll have to pay.

Starbucks and some other retailers already put warnings signs in stores – which may serve as a hedge against fines for millions of cups of coffee sold over several years.

But Metzger says in a court filing that the signs don’t meet California’s precise requirements and tend to “contradict, negate, obfuscate, mollify and otherwise detract from the cancer hazard warning.”

The case is Council for Education and Research on Toxics v. Starbucks Corp., BC435759, California Superior Court, Los Angeles County.