In August 2016, Kreidler ordered Zenefits to cease free distribution of the software, arguing that doing so violates Washington insurance law against inducements. The company began operations in Washington in 2014.

“The ruling is consistent with state law and my policy on inducements,” Kreidler said in a statement. “Everyone must play by the same rules. The inducement law in Washington is clear.” 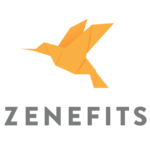 Current Washington insurance inducement law permits any licensed producer to offer no more than $100 in gifts, merchandise or promotional items per person during a consecutive period of 12 months. The purpose of the law is promote a fair insurance marketplace.

In its promotion of the free software, Zenefits estimates a business would have to pay from $29,100 to $45,000 annually to obtain the same benefits from another provider.

Zenefits is a licensed producer as well as a software company. The company can appeal the latest ruling.