A former Alaska Airlines pilot will plead guilty in California to a charge of flying a passenger plane while drunk.

Federal prosecutors say David Hans Arntson of Newport Beach agreed this week to enter the plea at a later hearing. He’ll be sentenced to a year and a day in federal prison.

In 2014, Arntson flew an Alaska Airlines flight from San Diego International Airport to Portland, Oregon, and then a second plane from Portland to John Wayne Airport in Southern California. 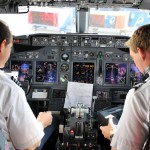 After landing there, he underwent random testing that found his blood-alcohol level was more than three times the legal limit for pilots.

He retired, and his pilot’s license was revoked.

U.S. Attorney Nicola Hanna says Arntson never had an accident but his conduct could have led to a tragedy.