Cal/OSHA has cited Gorilla Tree Service for serious and accident-related workplace safety violations following an investigation of a brush chipper accident that killed a 24-year-old worker in Napa.

On Aug. 15, 2017, the employee was reportedly working on the ground as part of a two-person crew removing limbs from a liquidambar tree when a rope used to lower limbs from an aerial bucket was caught and pulled into the chipper, strangling him.

Cal/OSHA’s investigation found that Gorilla Tree Service was unable to certify it had properly trained the worker, who had been employed at the company for about six months.

Cal/OSHA cited Gorilla Tree Service $23,200 for seven violations including one serious accident-related, one serious and five general violations for the employer’s failure to: 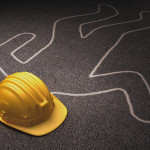 Tree workers are 56 times more likely to suffer a fatal occupational injury than workers in all industries combined. The major causes of tree worker injuries and fatalities include falls, electrical shock, being struck by a tree branch, chainsaw lacerations, palm tree skirt collapses and ladder accidents, according to Cal/OSHA.

Cal/OSHA data shows that over the past six years, brush chipper-related incidents in California resulted in one fatality and four serious injuries:

“Tree work is a high-risk industry, and safety requirements are in place to protect workers from known hazards,” Cal/OSHA Chief Juliann Sum said in a statement. “Employers must ensure that workers are effectively trained to use brush chippers and other dangerous machinery safely.”