A Montana judge says a Nebraska-based insurance company is liable for a $43 million settlement between the state and people sickened by exposure to asbestos from a Libby vermiculite mine.

National Indemnity Co. paid $16 million toward the 2009 settlement but later sued to recover the money.

Brown said because of that breach the company could not deny coverage for the settlement. 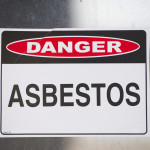 Montana Department of Administration spokeswoman Amber Conger said that the state was pleased with the judge’s ruling, but declined further comment because the case is ongoing.

National Indemnity did not immediately respond to a request for comment.

Covid Is Far From the Only Risk Facing Insurers and Financial Sector Firms: Allianz
Email This Subscribe to Newsletter
Email to a friend Facebook Tweet LinkedIn Print Article