California’s public utility regulator signaled it would allow self-driving car companies to transport passengers without a backup driver in the vehicle, a step forward for autonomous car developers just as the industry faces heightened scrutiny over safety concerns.

The California Public Utilities Commission, the body that regulates utilities including transportation companies such as ride-hailing apps, issued a proposal that could clear the way for companies such as Alphabet Inc’s Waymo and General Motors Co. to give members of the public a ride in a self-driving car without any backup driver present, which has been the practice of most companies so far.

The California Department of Motor Vehicles had already issued rules allowing for autonomous vehicle testing without drivers, which took effect this week. The commission said its proposed rules complement the existing DMV rules but provide additional protections for passengers. 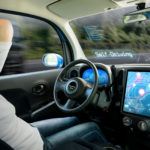 The proposal, which is set to be voted on at the commission’s meeting next month, would clear the way for autonomous vehicle companies to do more testing and get the public more closely acquainted with driverless cars in a state that has closely regulated the industry. It also comes as regulators across the country are taking a harder look at self-driving cars in the aftermath of a crash in Arizona that killed a pedestrian.

Last month, an Uber SUV operating in self-driving mode struck and killed a 49-year-old woman in the first known fatality caused by a driverless car. Uber suspended its self-driving car operations, and the crash remains under investigation by federal safety officials.

The proposed California rules require that companies hold an autonomous vehicle testing permit from the DMV for at least 90 days before picking up passengers. The service must be free, companies are not allowed to accept payment from passengers, passengers must be 18 years or older and no airport trips are allowed.

The proposal also mandates that companies file regular reports to regulators including the number of miles their self-driving vehicles travel, rides they complete and disabled passengers they are serving.