A school district outside San Diego, Calif. has agreed to pay a former student and his family $7.1 million after he received a brain injury while playing football.

The San Diego Union-Tribune reports the Grossmont Union High School District is settling the 2014 lawsuit filed by the family of Rashaun Council, who was 14 when he was diagnosed with a concussion following a 2013 game while playing for the Monte Vista High School football team.

The suit claimed the teen has permanent brain damage because coaching staff did not recognize he had a concussion after a game despite being trained to recognize symptoms. 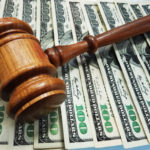 School district official did not respond Friday to the newspaper’s calls and requests for comments.

Insurance Agency Staffs Remain Positive Even Though Pay Is Down