An Oregon county is trying to crack down on illegal marijuana production by hiring two enforcement officers, and to limit new legal grows by considering a pause on the processing of applications to produce cannabis.

The move this week by the Deschutes County Commissioners marks the latest effort by some Oregon counties to control the legal marijuana industry that they say is growing too fast.

Officials in Josephine County, in a prime pot-growing area of southern Oregon, last week sued the state in federal court, asserting state laws that made pot legal are pre-empted by federal law that criminalize it. County commissioners in December tried to ban and restrict pot farming on rural residential lots, but the state Land Use Board of Appeals put the restrictions on hold.

In Deschutes County, the sheriff and the district attorney have complained about difficulties in differentiating between legal and illegal marijuana crops. The Board of County Commissioners on Wednesday initiated a process to hire two staff members for the Central Oregon Drug Enforcement team, known by its acronym as CODE, to focus on marijuana enforcement, county official Nick Lelack, said in an email.

“The new limited duration marijuana enforcement staff would solely focus on marijuana cases, complaints, and compliance,” Lelack said. The staffers will be temporary hires and will likely be a deputy sheriff and Bend police officer, Lelack added. 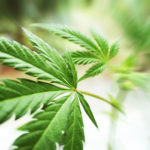 The commissioners also scheduled a work session for next week to discuss imposing a 45- or 60-day pause in processing marijuana applications, to focus on amending the county’s marijuana regulations and other issues. One amendment could impose a cap on the number of marijuana permits in Deschutes County or restrict them in certain geographic areas, Lelack said.

Jonathan Modie, a spokesman for the health authority, pointed out several statutes that spell out what actions local governments can take. They include establishing “reasonable conditions” on the manner in which a marijuana licensee may produce marijuana. Local jurisdictions may also impose reasonable limitations on the hours during which the marijuana grow site, processing site or dispensary may operate.

An OLCC spokesman did not immediately respond to an email seeking comment.

Lelack said state agencies are not currently involved in the county’s discussion “though we may involve them if directed by the Board.”

Oregon voters legalized medical marijuana in a 1998 ballot measure, and recreational cannabis in a 2014 initiative.

Copyright 2023 Associated Press. All rights reserved. This material may not be published, broadcast, rewritten or redistributed.