The owner of a California trucking school has pleaded guilty to conspiring with state employees to obtain driver’s licenses for students who failed or did not take driving tests.

The U.S. Attorney’s office in the Eastern District of California said that between April 2012 and April 2015, Gill received money from students who wanted commercial licenses. He then gave money to California Department of Motor Vehicles employees to alter records in the DMV database. 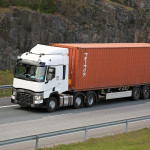 Gill is scheduled to be sentenced in July.

Three other people involved in the scheme have pleaded guilty to conspiracy to commit bribery and identity fraud. Two other defendants are awaiting trial.