The state has argued in court that a climate change lawsuit filed by 16 young Alaska residents should be thrown out because climate policies must be decided by the state Legislature and the executive branch, not the courts.

The state and plaintiffs argued their cases this week before an Anchorage judge in a hearing to decide if the lawsuit should advance, Alaska’s Energy Desk reported.

The plaintiffs, ranging from children in elementary school to college students, say the state is violating their constitutional rights by failing to limit greenhouse gas emissions. Assistant Attorney General Seth Beausang asked the court to dismiss the case, citing the Alaska Supreme Court’s dismissal of a similar climate change case in 2014 setting precedent.

“The court said that weighing all those interests was a policy decision entrusted to the political branches, and not to the courts,” Beausang said. 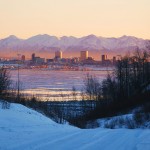 The 2014 case and the current one were both filed with help from an Oregon-based nonprofit, Our Children’s Trust, which has filed legal actions on behalf of young people across the country demanding action on climate change.

The plaintiffs said that in the years since the 2014 Supreme Court ruling, Alaska has implemented a de facto climate policy by continuing to encourage activities like oil and gas production.

“The state’s climate and energy policy is causing catastrophic harm to Alaska’s climate system and endangering plaintiff’s lives and liberties and their very futures,” Our Children’s Trust attorney Andrew Welle said. “These claims are squarely within the authority of the court.”

Attorneys for both sides said they expect a ruling within the next six months.

Aon’s Price Tag for Scrapped Deal to Buy Willis Rises to $1.4B