The National Transportation Safety Board is sending a technical specialist to observe Tesla Inc.’s examination of a Model S that caught fire in California on Friday, the agency said in a statement.

The action is not a formal probe of how the lithium-ion battery pack caught fire without being involved a crash, NTSB spokesman Peter Knudson said. NTSB’s participation in Tesla’s review “will provide the agency with an opportunity to learn more about fires in all types of battery-powered vehicles,” he said. 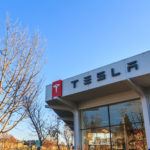 In an emailed statement, a Tesla spokeswoman called the fire an “extraordinarily unusual occurrence” and said the company is investigating to determine the cause. The Model S driver was able safely exit the vehicle, she said.

Video of the fire was posted on Twitter on Friday by actress Mary McCormack, who was in the cast of “The West Wing” series among other roles.