An Edmonds, Wash.-based asbestos removal contractor has been cited by the Washington Department of Labor & Industries for multiple willful safety violations for improper handling of asbestos.

Along with the citations, the company faces fines totaling $229,700.

L&I has cited Above & Beyond Asbestos Removal in connection with two separate inspections. Along with citing and fining a company, L&I may also decertify an asbestos contractor for multiple willful violations. This company is under review.

“This company has demonstrated a continuous indifference to Washington’s asbestos handling rules which protect workers and the public from harm,” Anne Soiza, L&I’s assistant director for the Division of Occupational Safety and Health, said in a statement. “This fine delivers a clear message that asbestos is a deadly hazard and we won’t tolerate any company that doesn’t follow the rules to keep the public and workers safe.” 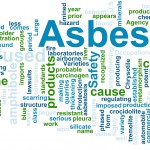 The two recent inspections of Above & Beyond each uncovered several similar violations. One worksite involved the emergency removal of boiler insulation in a Seattle apartment complex, and the other concerned the removal of asbestos popcorn ceiling material in a single-family residence.

In both cases, the workers did not use proper safety equipment, required air sampling was not performed, and asbestos-containing material was left exposed to the public and was improperly taken through public areas, according to L&I.

The two inspections resulted in multiple willful and serious violations. A willful violation is one where L&I finds evidence of plain indifference or an intentional disregard to a hazard or rule.

Above & Beyond has reportedly been cited in the past for similar violations and has been identified by L&I as a severe violator, a designation that carries consequences, such as follow-up inspections at any of their facilities or sites that could have similar hazards.

The employer has 15 business days to appeal the citations.