The analysis from the California Workers’ Compensation Institute issued on Friday shows that the proportion of UR decisions involving prescription drug requests fell from 44.5 percent in the pre-formulary period to 40.7 percent in the first five months of 2018.

At the same time, the percentage of UR decisions in which a prescription drug request was denied was unchanged at 14.6 percent, while 85.4 percent were either approved as submitted or approved with a modification, according to the CWCI study.

UR decisions involving opioid requests showed little change, edging down from 30.6 percent in the pre-formulary period to 30.0 percent after the formulary took effect, though the UR approval rate for opioids showed a sharper decline, falling from 72.3 percent to 68.8 percent. 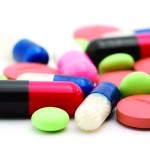 Gov. Jerry Brown in 2016 signed Assembly Bill 1124, which mandated the adoption of an evidence-based formulary for medications prescribed to California injured workers and calling on the state Division of Workers’ Compensation to incorporate the formulary into its Medical Treatment Utilization Schedule.

The intent of the legislation was to ensure that medications provided to injured workers meet evidence-based standards. and to reduce delays and frictional costs associated with pharmaceutical UR and IMR.

The study represents a preliminary look at pharmaceutical UR and IMR data from the first few months that system stakeholders were transitioning into the formulary. More time is needed to identify changes in prescribing patterns and other aspects of the formulary regulations that could impact UR and IMR disputes, according to CWCI.

The analysis, “Initial UR and IMR Prescription Drug Outcomes Under the California Workers’ Comp Formulary,” is available on the CWCI website. It’s free to institute members and subscribers, while others can purchase a copy for $16.