Oregon’s attorney general has sued the pharmaceutical company that makes OxyContin, saying it misrepresented the risks and benefits of the drug and lied to a state regulatory agency to maximize profits.

Spokesman Bob Josephson said the state was inappropriately substituting its judgment for the judgment of experts at U.S. Food and Drug Administration. 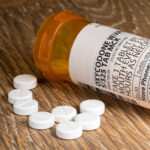 “The state claims Purdue acted improperly by communicating with prescribers about scientific and medical information that FDA has expressly considered and continues to approve,” Josephson said in an email.

Attorney General Ellen Rosenblum charged that Purdue has engaged in racketeering and misleading activity over the last decade.

Oregon sued Purdue in 2007 for deceptively marketing OxyContin, but the Connecticut-based company has continued to market the highly addictive pain pill to Oregon doctors and mislead health care providers and the Oregon Pharmacy Board, Rosenblum said in a statement.

“While we cannot bring back the lives lost to opioid addiction, we can question whether Purdue has lived up to the decade-old promise they made to correct their behavior. The answer, unfortunately, is a resounding ‘no!”’ she said.

The National Institutes of Health said in a 2005 report that OxyContin, a trade name for oxycodone hydrochloride, “became popular as a street drug through its ability to induce a quick heroin-like euphoria.”

In 2016, 312 people died from opioid-related overdoses in Oregon, the National Institute on Drug Abuse has said.

On Sept. 5, Purdue Pharma announced it’s providing a $3.42 million grant to advance development of a low-cost, over-the-counter naloxone nasal spray, used to reverse effects of an opioid overdose. The grant is going to Harm Reduction Therapeutics, an independent, non-profit pharmaceutical company. Purdue said it won’t be paid any revenues or royalties.

Rosenblum’s lawsuit said Purdue has sent misleading publications into Oregon, trained its sales force to minimize the risk of addiction and death, and targeted seniors and the disabled for opioid sales.

The complaint also says that starting in 2008, when Purdue submitted renewal registration applications with the Oregon Pharmacy Board, the company falsely answered “no” when asked if it had experienced any state or federal disciplinary action. Purdue had just been sued by the Oregon Attorney General and charged criminally by the federal government, the Oregon lawsuit says.

Purdue and other drug makers are facing lawsuits across the country, claiming they helped spark opioid addiction and an overdose crisis.