The CWCI issued a report on Monday that shows the incidence of both indemnity and medical-only claims rose slightly from the record lows noted in 2016. 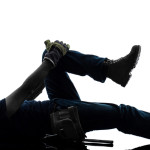 The summary includes data on the number of claims, the total paid and incurred losses (total paid plus reserves for future payments) on those claims, the number of employees covered by the private self-insured employers, and their total wages and salaries. In addition, the OSIP summary’ also updates private self-insured results for claims reported for each of the prior four years.

The 2017 summary, which was issued July 24, encompasses reports submitted by private self-insured employers that covered nearly 2.26 million employees last year compared with 2.37 million in 2016, with wages and salaries for those employees totaling more than $103.3 billion, or 2.9 percent more than the total from the 2016 first report, according to the CWCI.

In 2017, private self-insured employers reported 79,655 claims in the initial reports, which is 1,251 more claims than were recorded in the 2016 first reports.

That total was up 1.6 percent from 2016, which marked the second consecutive year that the raw claim count for private self-insured employers increased. However, a review of the initial data submitted by private self-insureds for each of the last 15 years shows that private, self-insured claim volume is still 31.5 percent below the level noted in 2003, reflecting the effects of the recession, shifts in the job market, as well as the impact of the 2002-2004 and the 2012 legislative reforms, according to the CWCI.

The latest CWCI summary shows paid losses on 2017 claims through the fourth quarter totaled $218.7 million, an increase of 6.2 percent from the comparable payout for 2016 claims, which was primarily fueled by a 10 percent increase in total medical payments at the first report level.

“To a great extent, the reductions in the total amounts paid and incurred since 2003 have been due to the decline in claim volume, as there were 36,583 fewer claims reported by private self-insured employers in 2017 than in 2003, which helped to offset the increases in average paid and incurred losses during that 15-year span,” the CWCI report states. “Recently. however, the moderating effect of declining claim volume on losses has disappeared, as the number of claims reported by private self-insured employers was up in 2016 and 2017, which combined with the Increases in medical seventy, helped to drive up both total paid and incurred losses.”

WHO Says China’s Vaccine Prevents COVID But Questions Data on Side Effects: Reuters