KOIN-TV reported Trooper Chad Prentice of Vancouver and Trooper Beth Joswick of Tacoma are the latest to file a $1 million tort claim with the state, according to lawyer Josephine Townsend.

Townsend is representing five other state troopers in similar claims that say officials knew and didn’t do enough about the risk of poisoning from faulty exhaust systems in their patrol cars. 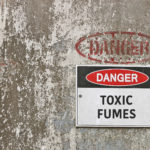 A patrol spokeswoman says troopers don’t have to drive those vehicles and that the agency is working to fix the problem.