A federal judge has sided with an Anchorage, Alaska pilot who claimed a Homer-based air carrier fired him for reporting safety problems.

Bell filed a complaint with the Occupational Safety and Health Administration after losing his job two days following that inspection. 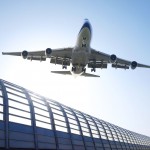 The judge’s order signed last week states Bell is entitled to more than $500,000 in back pay and $10,000 in damages and attorney fees. Bald Mountain also must offer Bell a pilot job once he renews his medical certificate.

Bell claimed that the company had forged training records, deactivated a malfunctioning fire detection system on a plane, and ordered employees to hide maintenance issues from FAA investigators.

Bald Mountain is reviewing the judge’s order, and plans to file an appeal to clarify “certain legal inconsistencies within the decision,” attorney Aaron Sperbeck said. The company was “very pleased” that the judge had agreed with Bald Mountain on several issues, overturning findings in a preliminary report from 2016, he said.

The company had appealed a 2016 preliminary report by OSHA that found Bell had reason to believe he was fired over his complaints to the FAA. The judge determined there was no proof that the company had “blacklisted” Bell within the aviation industry, which Bell had claimed.

The company was also ordered to expunge Bell’s personnel records and refrain from “retaliating or discriminating” against him for bringing the claim.