The Seattle Times reported that Washington Civil and Disability Advocate filed the lawsuit earlier this week against the team and the public facilities district that owns the stadium.

Attorney Conrad Reynoldson said wheelchair users “can’t have the same experience of being in the front row where they can hear the players talking, can see the action.” 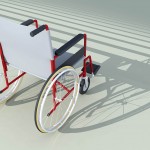 The lawsuit contends that conditions at the ballpark violate the Americans with Disabilities Act, which prohibits discrimination based on disability. The lawsuit says wheelchair-accessible seats are far from the field or have obstructed views.

“It’s a completely different experience” for wheelchair users, Reynoldson said. “They just want to feel like they’re given the same opportunity to enjoy the game like anybody else.”

“The Mariners are committed to ensuring an accessible ballpark for all of our fans,” said Tim Hevly, the Mariners vice president of communications.

The lawsuit also contends that some food service counters are too high, some line areas too narrow, and gaps in the floor create hazards.

Last year, the team said it started a two-year plan to consider handrail placement, counter heights and door widths. The Washington Civil and Disability Advocate group was involved in an agreement leading to that plan.

Hevly said he was surprised the law firm filed the lawsuit following that agreement. Reynoldson declined to comment on the earlier agreement, citing confidentiality.