A California judge has granted an expedited trial in the case of a California couple suffering from cancer who sued Bayer AG’s Monsanto unit, alleging the company’s glyphosate-containing weed killer Roundup caused their disease.

The order by Superior Court Judge Ioana Petrou in Oakland, Calif., on Thursday comes on the heels of a $289 million verdict in the first glyphosate trial in San Francisco, in which a jury found Monsanto liable for causing a school groundskeeper’s cancer.

Damages were later reduced to $78 million, and Bayer, which denies the allegations, said it would appeal the decision. 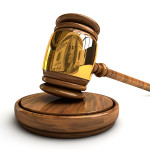 Its share price, however, has dropped nearly 30 percent since the Aug. 10 jury verdict and the company faces some 9,300 U.S. glyphosate lawsuits.

Petrou’s ruling clears the way for the second California jury trial over glyphosate, the world’s most widely used weed killer. The trial of California residents Alva and Alberta Pilliod is scheduled to begin on March 18, 2019, according to a court filing.

“While we have great sympathy for the plaintiffs, we are confident that our glyphosate-based herbicides were not the cause of their injuries and we will vigorously defend them at trial,” the company said in a statement.

Glyphosate jury trials will ramp up next year. The company is scheduled to face jurors in a Missouri state court in St. Louis, where the first trial was set to begin in early February. That date, however, was vacated by a judge, Bayer said, and the trial is likely to be postponed to later in 2019.

A trial in San Francisco federal court, where federal Roundup lawsuits are consolidated, is scheduled to begin at the end of February.

Bayer, which acquired Monsanto earlier this year for $63 billion, says its glyphosate-based products do not cause cancer, pointing to decades of scientific studies and regulatory approvals that have shown the chemical to be safe for human use.

The Pilliods, who are in their 70s, allege their regular use of Roundup between 1975 and 2011 caused them to develop non-Hodgkin lymphoma, a cancer of the lymph system.

The couple filed their lawsuit in June 2017, after being diagnosed with the cancer in 2011 and 2015 respectively. Their lawyers earlier this year asked for an expedited trial, citing the couple’s risk of a relapse and their short life expectancy.

(Reporting by Bellon in New York; Editing by Peter Cooney and Dan Grebler)