Nearly three-in-five Californians whose community was impacted by a natural disaster report that homeowners or renters in their community have been displaced after the disaster and subsequently left the area to reside elsewhere.

A poll conducted by a Jumpstart Insurance Solutions, Inc., which last year launched a parametric earthquake insurance for renters and homeowners, released the poll on Thursday for the 25th anniversary of the Northridge earthquake.

The poll shows many people are worried that their communities don’t have what it takes to be resilient. 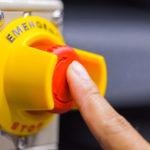 More than two-in-five Americans don’t believe their community is structurally or financially prepared to handle a natural disaster and it’s therefore unable to keep communities together or keep people in their homes, according to the Jumpstart poll.

This poll was commissioned by third party research firm YouGov, which polled more than 1,000 U.S. adults and an additional 1,000-plus adults in California.

According to the poll, the public understands that natural disasters can cause homelessness and is concerned about how that displacement would be addressed.

“A natural-disaster can create several ripple effects, including a housing crisis,” said Kate Stillwell, founder and CEO of Jumpstart. “Nearly half of Americans believe one of the most significant issues caused by a natural disaster is potential displacement. With nowhere to go, both homeowners and renters will leave to go live somewhere else, but this undermines community resilience. The goal should be for as many people as possible to stay in their homes, and a key piece of the solution is a financial cushion.”

The poll also shows that 57 percent of Americans believe disaster preparedness should be taught in schools, while 44 percent think we need to simplify the process for engaging with personal finance services, and 38 percent say we need to “unbundle” personal finance by offering more flexible/customizable options rather than a one-size-fits-all approach.