The number of people who died on Utah roads decreased for the second consecutive year, new state statistics show.

The 264 deaths on Utah roads in 2018 were the lowest since 2014 and down from 273 the year before, the Salt Lake Tribune reported, citing Utah Department of Transportation figures. 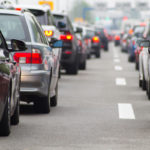 That drop seemed to be fueled by increased use of seat belts and by the passage of the state’s new DUI law that is the strictest in the country, state transportation officials said.

The DUI threshold of 0.05 percent blood-alcohol went into effect Dec. 30, but people seem to have changed their habits after state lawmakers passed the law in 2017, said Jason Davis, the department’s deputy director.

Alcohol-related deaths dropped nearly twofold to 19 in 2018, down from 36 the year before, the figures show.

“The whole point of the 0.05 law is to make better choices on drinking and driving,” Rapich said. “It’s a very stupid choice to get behind the wheel after you have been drinking.”

Utah drivers also appear to be using seat belts more often, Davis said. The number of fatalities of unbuckled drivers and passengers dropped to 50 in 2018, down from 86 the year before, he said.

“People are obviously buckling up because we had more crashes than ever, yet the number of people that were involved in a fatality dropped,” Davis said.

One concerning trend that emerged from the data was a rise in motorcycle deaths from 39 in 2017 to 47 last year.

“Motorcyclists can’t buckle up, but they can wear helmets, leathers and other protective gear,” Davis said.

The statistics show 17 deaths involving distracted driving, which can include texting, talking on cellphones or eating.